Electric Cars Churning Out at an Alarming rate

Electric cars are becoming more and more the normal as we near the end of 2020. Not only is the demand for EV’s going up due to emissions, but also due to the advancement of technology with the feel of being futuristic.

Electric cars are not a new concept however. Since the 1880’s EV’s have been produced; its just the quantity and success of them that has been rapidly growing since the so-called age of Tesla, if you will. Today the global stock of EV’s is around 4.8 million. This is not a surprising number though if one considers the popularity of them. The shocking number comes with the history of EV’s. 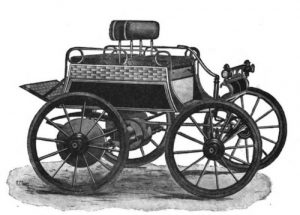 Electric Cars by the 20th century had stock around 30 thousand! But, this number soon declined, as approaching the end of the first quarter of the century, the internal combustion engine (ICE) was making some huge advancements. Not only were they cheaper to build (about 45% less cost than EV’s), but they took less time to fuel up than to charge the electric car; this is still relevant today.

Back in the early-mid 1900’s there was less political incentives and knowledge to back the claims of ICE vehicles causing harm to the environment, so it wasn’t even a thought in mind when the production of EV’s essentially died off. However, the affects EV’s have on the environment today combined with the attention is gets during the social media era is amongst the leading factors behind the rapidly growing popularity and production of electric cars (as well as hybrids).

Electric cars are also gaining popularity due to the “cool” factor projecting the mindset that you are driving a futuristic mode of transportation. This factor has captured the interest from non car people; ones who never have given any more thought to a car being more than just personal transportation, not caring too much about the performance or design. The car culture now can thank the evolution of EV’s for growing their roster.

Electric cars, however, have been a controversial subject amongst the car culture/community, as a majority of the car enthusiasts have passion for the performance of the vehicle. Although, the evolution of the EV has been a major part of the rapid advancement of the acceleration of cars (the 0-60 mph has essentially crowned EV’s), the enthusiasts have not quite accepted the high performance EV’s into the exclusive and sacred club yet.

How dare one compare a Tesla Performance to a Ferrari, for say? Touchy subject, but in essence the electric cars are not there yet in the performance category, as there is still much room for improvement in track performance/handling, that gasoline cars have been perfecting since thee beginning, as they do have gears to rifle through giving the car character.

Electric cars, however, are more targeting that previously mentioned, “non-car person”, market. With the advancement of technology comes a coolness factor, so people want something that is not only more efficient for the environment, but looks stylish and futuristic.

Tesla did this with their unique looking Model 3 and Model S (no longer in production). Not only is the body style futuristic, but the interior is spaceship like, which many people call “boring” or “bland,” (mainly coming from the enthusiast crowd), but in some reality is simple with a nod to technological advancements. 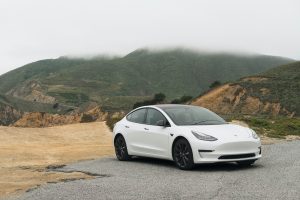 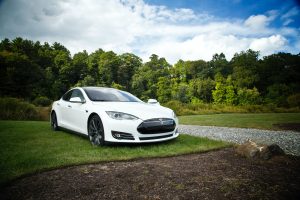 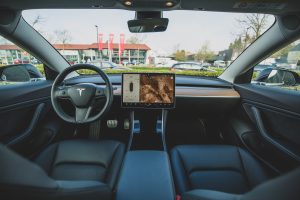 This initially worked great with the sale of Tesla’s sky rocketing, but now others are beginning to compete. Big brands like Ford who have been a huge huge success since the beginning in making ICE vehicles, are not only needing to, but wanting to, compete in the EV space. So instead of coming up with their own ideas/designs, from scratch essentially, they have taken their well known successes and just modified them, as that is what has done well and they know best.

From a marketing stand point its genius. Take the Ford example; why did they throw the Mustang badge on their new EV SUV? Because its fast (yes it is but not the point)? Because they are trying to change what the Mustang is? No, not really. The Mustang is one of the top 25 best selling vehicles of all time without ever being cut from production. So why not put a marketing success like that on their new car that is trying to compete in a market space that already has a giant.

The Mustang example is just one of many examples like that. Existing brands who have little experience in making nor selling EV’s are simply just taking a model of theirs that is or was widely successful and has a demand for, and making that an EV. Take the Hummer EV; the demand to bring that car back has been sky rocketing. Ok, bring it back, but as an EV!!! If you haven’t noticed already, the commercials for it have been flooding your TV.

One last example, you know the Ford F150 Truck? It’s only the best selling vehicle in the USA. They are electrifying that in 2023. Why? Not only because they can, but the growing demand for EV’s is growing at a tremendous clip, so why not take the most popular vehicle and make it more popular.